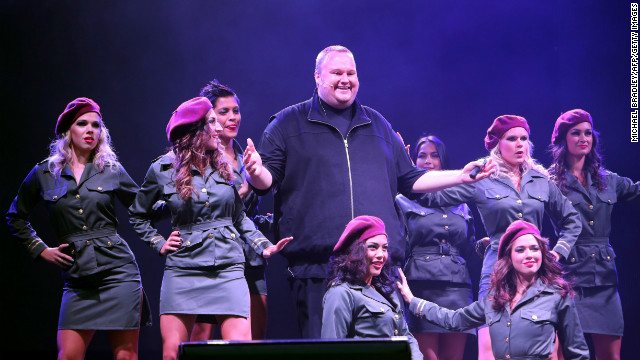 He was in boyish good spirits as around 150 contractors buzzed around his mansion and its acres of grounds, building a giant "Mega" sign on the front lawn and erecting a mobile stage that production company MadAnt says is New Zealand's largest. He mugged for the camera and joked "it's another raid" as a helicopter flew overhead.
The world's most controversial Internet tycoon was preparing to launch his site at 6:48am on Sunday morning -- a year to the minute after his New Zealand mansion was raided and his old service was shut down by the authorities. (Some press, including Ars Technica, received an early look at the site.)
Ars Technica freelancer Chris Keall spoke with Dotcom on January 18 at his mansion outside Auckland, discussing topics ranging from Mega's business model to legal threats that may come back to bite his business.
"I would have the same fears"