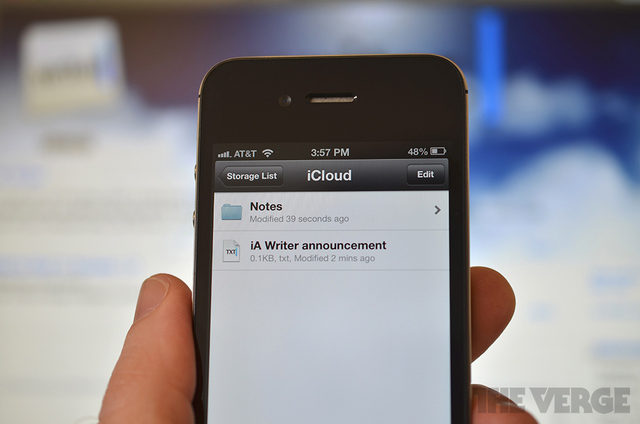 5
inShare
We were quite fond of the multi-platform minimalist writing app iA Writer when we took a look at it earlier this year, and developer Information Architects has just released an update to both the OS X and iOS versions that should make taking advantage of Apple's iCloud even easier. On the Mac side, version 1.3 features full Mountain Lion compatibility and a revamped window framework that improves speed and should make the app play nicer for those with multi-monitor set-ups. It also features a full browser for perusing documents stored on iCloud, with users able to create and organize folders and files within the app.

The iOS version matches the file system capability, allow the creation of iCloud folders by dragging and dropping individuals files atop one another, and also features what Information Architects is calling "responsive typography": basically, it improves the quality of text whether users are taking advantage of a Retina-caliber screen or an older display. The updates for both platforms are available now, though to take advantage of all of the new features in the OS X version you'll need to be running OS X Mountain Lion — which according to Apple should be just around the corner.