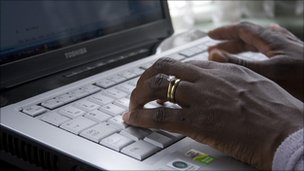 Civil servants need to improve their knowledge of IT before negotiating contracts, MPs say Continue reading the main story

Government departments have been ripped off by an "oligopoly" of IT giants, a damning report by a committee of MPs has found.
Some were paying as much as 10 times the commercial rate for equipment and up to £3,500 on a single desktop PC.

The public administration committee said an "obscene amount of public money" was being wasted on IT.

The government said it was already making "significant improvements" to the way it bought computer equipment.

Prime Minister David Cameron vowed to bring the curtain down on the era of vast government IT projects that had dominated Labour's time in power.

The coalition has called a halt to schemes costing more than £100m as it looks to reduce the UK's budget deficit.

In its report, the public administration committee recommends that departments across Whitehall use more small and medium-sized IT suppliers to increase competition and bring down prices.
Posted by 50kzone at 15:38