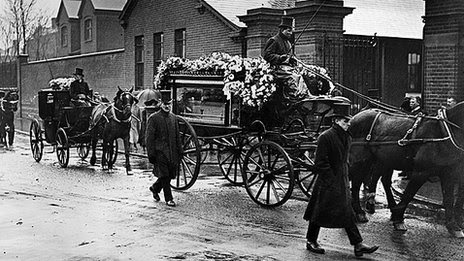 Death sentence?: As brands are given the opportunity to have their own domains, could the dominance of .com be at an end?

Business is good. Your bathroom fittings company has replaced the conveniences in half the homes in your neighbourhood. But there's one small fly in your ointment.

You were a bit late to the game when it came to the internet.

And when you finally decided to go online, www.bloggsbogs.com was already taken. You're pretty sure this must be the reason you haven't made quite the splash you wanted in other towns.

Is there another way?

The people who control the use of internet domains, Icann (Internet Committee for Assigned Names and Numbers), announced in June they were extending the suffixes used for web addresses beyond the existing 22 (.com, .net, .uk, etc).

Interested parties can apply to run one, and either retain it for themselves, or set up as a registrar selling domains within groups like .car or .bank. 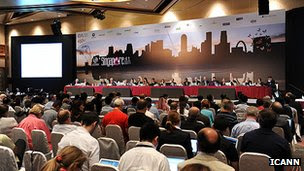 Icann voted to allow the proposals for the new domains at their meeting in Singapore in June 2011.

The suffixes don't have to be roman letters, so could for example be Chinese characters.

Some rules do apply - for instance, they must have at least three letters (Icann is holding onto the remaining two letter domains in case new countries are created).

So now companies can bid for their own gTLD for the first time. Think .hitachi, .coke, .facebook.

Could .com's dominance be coming to an end?

If your dream of registering .bloggsbogs is going to become reality, you'd better get your skates on. The application period opens on 12 January 2012, and closes three months later on 12 April.

Miss this and you may be twiddling your thumbs till 2015 according to Tim Callan, chief marketing officer at domain experts Melbourne IT DBS.

"[Companies] have to be prepping, and they have to be getting ready and figuring out what they're doing so they're ready."

Some may be left behind, says Simon Briskman, partner and IT specialist at law firm Field Fisher Waterhouse. 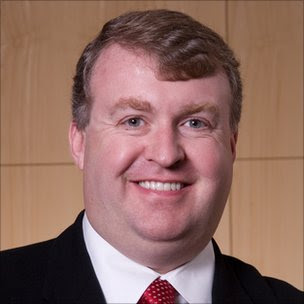 Tim Callan: "Verisign predicts there will be 1,500 applications"

"I think it's difficult for brands to take this very short period we've got - the last quarter of this year - to assess and make a full business case."

Mr Briskman says some companies have stalled, initially put off by the cost.

"I think we've now got to the point where people are going: 'Hang on a minute, this is a drop in the ocean compared with the investment we make in the brand. We really do need to properly assess the business case.'

"[Some] big brands are going to miss the window - simple as that. You can't move large organisations at this speed."

Shirt off your back

Cost may cut out all but the megabrands.

Applying will set you back $185,000, and it doesn't stop there, says Melbourne IT DBS's Tim Callan: "Your corner mom-and-pop shop, this is not right for them.

"I've yet to run into anybody who I would consider a prospect for this who has a cost objection."

Rebecca Moody, head of planning at advertising agency Euro RSCG, agrees: "It's a no-brainer for John Lewis or for Coca-Cola, for example, both successful big brands who can probably afford dot brand."

Bloggs Bogs may have to settle for registering for a dot category domain - if anyone applies for .toilet that is. 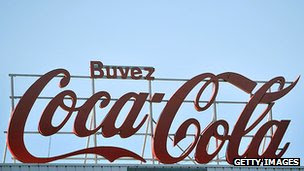 When the application period closes, Icann will decide who has a viable bid.

"They're taking the public facing internet, they're slicing chunks off and they're giving them to people to operate," says Mr Callan. "So they want to be confident people can run it correctly."

Where there are multiple qualifying bids, Icann has a set of criteria to decide who wins - in the case of dictionary words for example, open communities trump private ones.

If this process doesn't resolve the situation, then it goes to auction, with the highest bidder winning. The first gTLDs could be live by early 2013.

So what is pushing companies to buy their own dot brand?

Mr Callan says protecting your trademark is one motive, not only to thwart cybersquatters, but to beat other companies using the same name to it.

"Trademark law allows non-colliding trademarks to exist. If I'm operating in North America and you're operating in Europe and we don't cross over, then we can both have a trademark. But only one of us can have the TLD."

Then, he says, there's the marketing benefit.

"[Companies] think they can have a better connection between offline marketing and online traffic by having names that are shorter, more memorable, easier to pop out in a marketing campaign."

This includes the benefits a loaded url brings in terms of search engine optimisation (SEO) strategy, a process where sites are built to make them more attractive to search engines.

Security is another draw.

"There are a lot of people who won't do internet shopping because of the security, I think dot brand has a lot of potential there," says Field Fisher Waterhouse's Simon Briskman.

"[It] is going to really help as a seal of authenticity."

Perception is a big deal, according to Dr Jonathan Freeman, senior lecturer in psychology at Goldsmiths, University of London and managing director of i2 media research.

"A lot of this is consumer perception. Reassuring consumers is going to enhance the online behaviours and transactions. They'll feel a lot more happy dealing [with] it."

Despite this, he anticipates consumers will not immediately take to the new naming conventions. 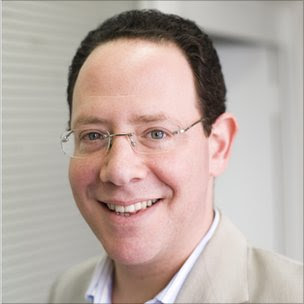 "What people are used to doing is going to be a big determinant in how consumers adopt and use dot brand as it rolls out.

"I'd expect it to take a while to embed in consumer behaviour, especially given the extent to which consumers rely on search engines today."

So where does this leave the brands that cannot afford to be part of the new world order?

"There will inevitably be a new brand ranking system, which in a way I find kind of concerning." says Euro RSCG's Rebecca Moody.

"Do you risk looking like a second rate brand?"

Out of the loop

"What the small businesses and not-for-profits have been complaining about is there's a significant barrier to entry," says Field Fisher Waterhouses's Simon Briskman.

"People are selling off slices of the internet real estate, and they feel they're going to get closed out."

He says subsequent rounds may prove a little cheaper.

"I think people will start to aggregate the running of these day-to-day, which ought to bring down some cost. I still don't think that it will be accessible to Martha with her boutique in Marylebone."

And the ubiquitous dot com? It's probably safe for some time to come.

"I don't believe anyone is going to be shutting their dot coms in the next five years," says Tim Callan of Melbourne IT DBS.

"But does any of us think we're going to be typing dot com in a hundred years? No."

"The reason dot com will survive is [for example] the Times - there's the Financial Times, the New York Times. It's just not possible for everyone to get the names that they want in the new dot com space."

"If you want a good presence, but maybe not the best presence, if you want someone else to run the infrastructure, you'll probably use dot coms.

"They'll happily co-exist I just don't think they'll have the same power that the dot brand does."